Director of Admissions and Alumni Support

This appeared in newspapers in September, 2017 but still holds true.

I was 27 years old when diagnosed with a progressive eye disease called Stargardt’s. By age 32 I was declared legally blind. After playing college soccer, driving, traveling, and managing a network of computers for a family business, my vision loss turned my world upside down. I withdrew into a shell of grief and depression and increasingly relied on my husband, a busy musician, who turned down out-of-town engagements to stay close to home. But then a spectacular guide dog named Carson came into my world, and I released my “guide husband” in favor of newfound freedom. Carson brought the spark back into my life and restored my can-do, positive attitude. As director of admissions and alumni support for Southeastern Guide Dogs, I share my hope and encouragement with visually impaired students and graduates, offering them a level of support only possible because I’ve walked in their shoes.

Palmetto, Fla. — Almost every day we read in the news about guide and service dog users being asked to leave hotels, restaurants, taxis, movie theaters, airplanes, malls, apartment houses and other public places because people are unaware of their dogs’ access rights under the Americans with Disabilities Act (ADA) and the Fair Housing Act and the Air Carrier Access Act, both of which protect people with disabilities. Often, humans don’t understand their rights or the best way to respond when challenged about having their dogs at their sides. And the increasing number of people who buy fake service animal IDs online make the situation even worse for legitimate handlers. It shouldn’t be so easy to pass off a pet with false credentials, but it is. In Florida it’s a second-degree misdemeanor, punishable by a fine and community service time…something that’s appropriate to emphasize as September is National Guide and Service Dog Month.

Dogs like my superhero Carson have been trained to perform tasks that mitigate disability. They spend two years learning obedience and commands at a cost of tens of thousands of dollars, but they are provided to the visually impaired and veterans free of charge. A service dog might pull a wheelchair, retrieve dropped items, provide stability, remind one to take medication, turn on a light, and more.

Carson is the eyes that lead me out of darkness and keep me safe.

For a veteran with post-traumatic stress disorder, a carefully matched service dog makes it possible to go to a child’s baseball game; face crowds; shop in a supermarket or eat in a restaurant without anxiety. Far from being pets, these dogs provide steady empathy, support and sensitivity to the stress that is often invisible, yet crippling. Unfortunately, non-housebroken, aggressive or otherwise untrained pets being passed off as service dogs often create trouble for merchants, the airlines and restaurateurs who don’t want to make a mistake refusing them service for fear of alienating a customer. People can fly with an emotional support animal as long as they have a doctor’s letter, and many professionals say they feel pressured to write such letters for their patients. Every year I get calls from Heathrow Airport in London, asking me about forged letters printed with our Southeastern Guide Dogs logo that say a particular dog is trained for medical alert status. This untrue “certification” of a pet can cause passengers like Carson and me real trouble.

Trust is an integral part of what makes our relationships with the public work. Without it, potential students who already worry that they are “not blind enough” to deserve a guide dog, or not disabled enough by PTSD for a service dog field questions that make them uneasy and challenge their integrity. Some disabilities cannot be seen, while others are clearly recognizable. It isn’t simply wrong, but also against the law to pretend your pet is working to mitigate a real disability when you know it isn’t. On behalf of the guide and service dog handlers out there with true need, please don’t do it. 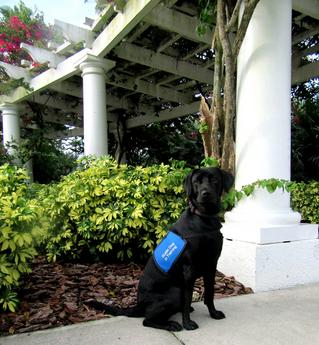 What is a real

and why is it important to know. 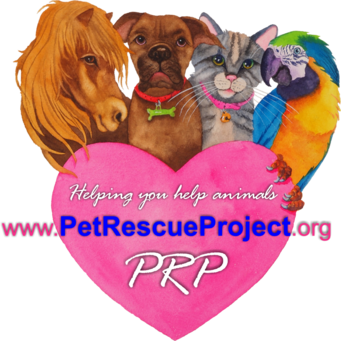 
These days it’s hard to listen to the news without hearing something about a service animal.  Generally the stories of animals helping people are uplifting and heartwarming. Occasionally we hear something less than uplifting due to confusion over types of service and the types of animals who provide that service.  Without going into the legalities and protocols of each of the areas of animal service, let’s take just a moment to talk about the different types of service an animal (generally a dog) can provide to a human.

A service animal is one that is trained to help a person with a disability.  These disabilities may include loss of or limited vision, loss of hearing, mental challenges or medical conditions like diabetes.  An example of a service animal is a guide dog to a vision impaired person.

Pilot is part of Southeastern Guide Dogs in Palmetto, Florida (www.guidedogs.org).  She is being raised and trained to be a guide dog. This training takes approximately one year and is overseen by the school and trained handlers.  Her certification as a guide dog will allow her to become eyes of a vision impaired person and allow them to function with confidence in the outside world.  As a guide dog or a guide dog puppy in training, she is allowed by law to enter any public building, public area or public mode of transportation. Refusing admittance can be punishable by law and subject to a fine.

A therapy animal is one that provides comfort and affection to a human.  These animals are used in hospitals, hospice, disaster and other situations in which a human needs comfort.  The animals are generally dogs but cats, horses and other animals have proven to be excellent therapy animals.

Meet Amber:  Amber is our cover girl this month and was a therapy dog certified though Pet Partners


Sadly, we lost Amber in September 2017.  Jill has now being training to step into Amber’s very big paw prints.  Jill will be evaluated next month and no doubt will obtain her own certification.

Indy is a newly certified therapy dog and feels she has found her true calling.  She takes her job very seriously as she visits schools, hospitals and nursing homes.  Indy is certified through Alliance of Therapy Dogs (www.therapydogs.com).

This is the area in which the questions outweigh the answers.  The incidents we hear on the news are generally caused by misinterpretation or misuse of the words “emotional support animal”.  Emotional support animals are not certified by an organization and are generally the owner’s own animal. While these animals are very important to their owner, they are not afforded the same public rights as a service animal and therein lies the confusion.   Animals certainly provide emotional support to humans. We just need to be sure we are diligent about the guidelines used for these wonderful and important animals.

Hope this clears up some of the questions you may have about service, therapy and emotional support animals.  Here’s to all of those animals that make life easier for us humans.